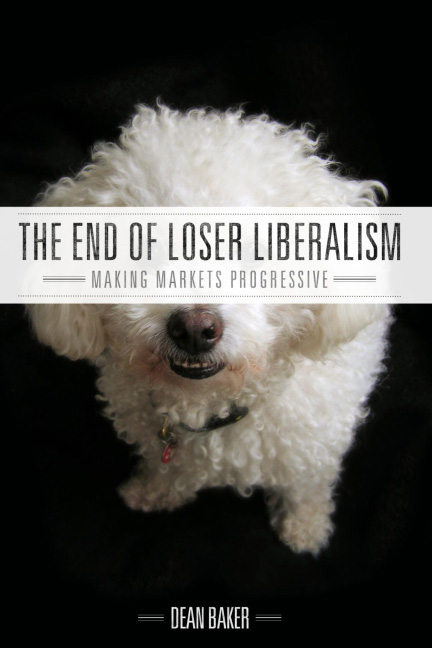 This "loser liberalism" is bad policy and horrible politics. The efforts of liberals would be much better spent on battles over the structure of markets so that they don't redistribute income upward. This book describes some of the key areas in which progressives can focus their efforts to restructure markets so that more income flows to the bulk of the working population rather than just a small elite.

By releasing The End of Loser Liberalism: Making Markets Progressive under a Creative Commons license and as a free download, Baker walks the walk of one of his key arguments — that copyrights are a form of government intervention in markets that leads to enormous inefficiency, in addition to redistributing income upward. (Hard copies are available for purchase, at cost.) Distributing the book for free not only enables it to reach a wider audience, but Baker hopes to drive home one of the book's main points via his own example. While the e-book is free, donations to the Center for Economic and Policy Research are welcomed.